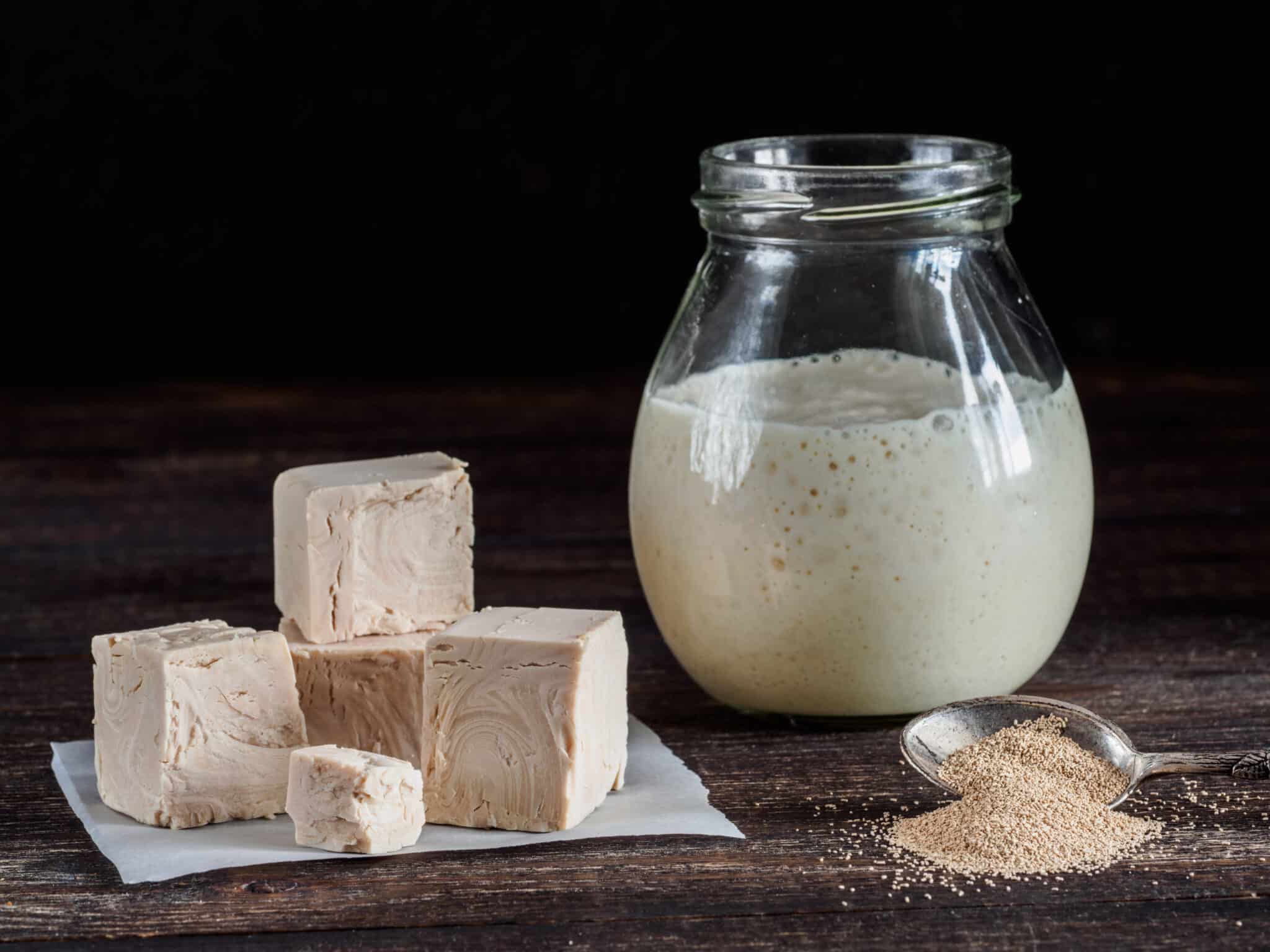 Posted at 12:12h in News Posts by Hamilton Martyn 0 Comments

Sourdough is created in the amazing symbiotic relationship between lactic acid bacteria and yeast present on grain husks and in the “baking” environment. Used for over 8,000 years, this ferment was replaced at the beginning of the 20th century by yeast, which is easier to use. It is now returning to its former glory due to growing interest in more authentic and flavoursome foods.

Sourdoughs have a place in tradition thanks to their age-old character and the know-how specific to each region, developed over time. The traditional production of sourdough first requires the preparation of a sourdough starter, which is made during the spontaneous fermentation that takes place in a mixture of flour and water, regularly refreshed by adding more water and flour. 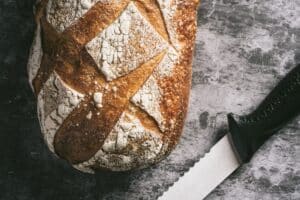 Originally developed through trial and error, knowledge of this ferment has gradually increased with science. Sourdough has become a controlled process that depends on making “a targeted selection of the type of yeasts and lactic acid bacteria. To date, more than 50 species of bacteria and 25 species of yeast have been identified in sourdoughs throughout the world,” explains Nicolas Zabukovec, head of training at Lesaffre’s ‘Baking Center™ Academy’. “The fermentation of these microorganisms improves bread products,” he adds. “In addition to aromatic particles and CO2, sourdough produces lactic acid, acetic acid and amino acids. This allows for the creation of more complex flavours that yeast alone could not produce.”

Benoit Demiselle, the son of an artisan baker and Lesaffre’s international technical adviser on sourdough, goes one step further, adding: “The taste that sourdough brings to bread depends on the synergy between the microorganisms, their growth conditions (temperature, hydration, fermentation time, frequency of nutrient addition), and the cereal used as a substrate. This requires discipline and specific know-how. Rye brings a slightly fruity taste of cooked prunes to sourdough, while barley and oats add a touch of spice. Durum wheat rounds out the flavour in the mouth, making it buttery and milky, like pancake batter, and buckwheat brings a powerful taste of hay and cut grain that is found in specialty breads.”

According to the technical expert, in addition to providing these fruity and spicy flavours, sourdough also keeps bread fresher for longer. “Its low pH and acidity slow down the growth of mould,” explains Benoit Demiselle. Although regulations on sourdough differ from country to country, they are very strict in France to protect the baking profession. “After fermentation, sourdough bread must have a maximum pH of 4.3 and an acetic acid content of 900 ppm per kg.”

The acidity associated with long fermentations supposedly also improves the nutritional benefits of sourdough bread products. Several scientific studies show that the quality of the crumb of these sourdough products and their natural acidity help reduce insulin spikes. “As such, the glycaemic index of sourdough bread products is lower,” says Nicolas Zabukovec. As a flavour enhancer, sourdough also helps to reduce the amount of salt and sugar in bread products. Furthermore, this acidity resulting from the activity of the bacteria enables the activation of an enzyme: phytase. By destroying the phytates present in cereal husks, it releases precious minerals which are then made bioavailable to the body. Lastly, sourdough reorganises the gluten network of bread, modifying its texture to produce a springier crumb that stays fresher for longer.

Sourdoughs adapted to the needs of artisan bakers

With over a century’s worth of expertise in the fermentation of microorganisms, Lesaffre has a wide range of sourdoughs that can be adapted to bakers’ needs. Sourdoughs come in different forms: liquid, dough and even powder. “Most bakers who are familiar with sourdoughs like to use a live sourdough and refresh it regularly – i.e. top it up with water and flour – and monitor its growth for five to ten days, in order to add their own touch,” explains Nicolas Zabukovec. But other practices do exist: some use ready-to-use starter cultures – selected bacteria and yeasts – to obtain a finished sourdough in a single step, and others opt for ready-to-use sourdoughs to 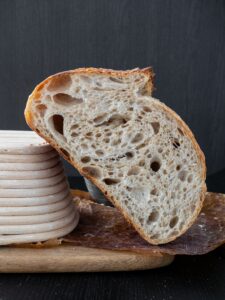 then seed the dough during the kneading stage. Yet another option is a more concentrated, dried or acidified devitalised sourdough, to evenly bring specific flavours, acidity and colour to each batch.

Sourdoughs for every palate

Although bread is one of the few foods eaten in all countries, the taste of consumers depends on local cultures: “In Eastern Europe and the Nordic countries, people appreciate high acidity and strong flavours, while in Asia, they prefer milder and sweeter breads. Then, in South America tastes vary greatly, requiring the use of several cereals,” says Benoit Demiselle. It’s a real challenge for Lesaffre employees! This is because some yeasts consume their substrate very quickly and do not leave time for bacteria to grow. Conversely, bacteria that produce a lot of acidity can harm the yeast. “We have to find the perfect symbiosis on the right substrate to produce sourdoughs that meet, as best as possible, our customers’ expectations,” he explains.

It is for this reason, to fully understand the local culture, that employees of the Baking Center™* regularly visit their customers. “By doing so, we can pinpoint what people prefer in terms of flavour, acidity, crispness, and sponginess,” says Zabukovec. Lesaffre employees then carry out sensory analyses on the bread products that are most popular with consumers. They break down and identify their specific aromatic characteristics, according to region, to create “a literal map of consumer expectations!” The expert regrets, however, that the sourdough-making processes of certain African and Asian ethnic groups are still greatly unknown. “There’s a real race against time that needs to be won before this knowledge disappears!”

A precious tradition that has lasted millennia, sourdough is still a relevant response to the major current trends of maintaining good health and pleasing the senses. And while ensuring its stability over time remains a real challenge for Lesaffre employees, it is nonetheless a real source of healthy rivalry within the teams, as well as a source of innovation, in order to constantly guarantee the satisfaction of all its customers.

*Baking Center™: centres of expertise, technology and innovation in bread products for the baking trade