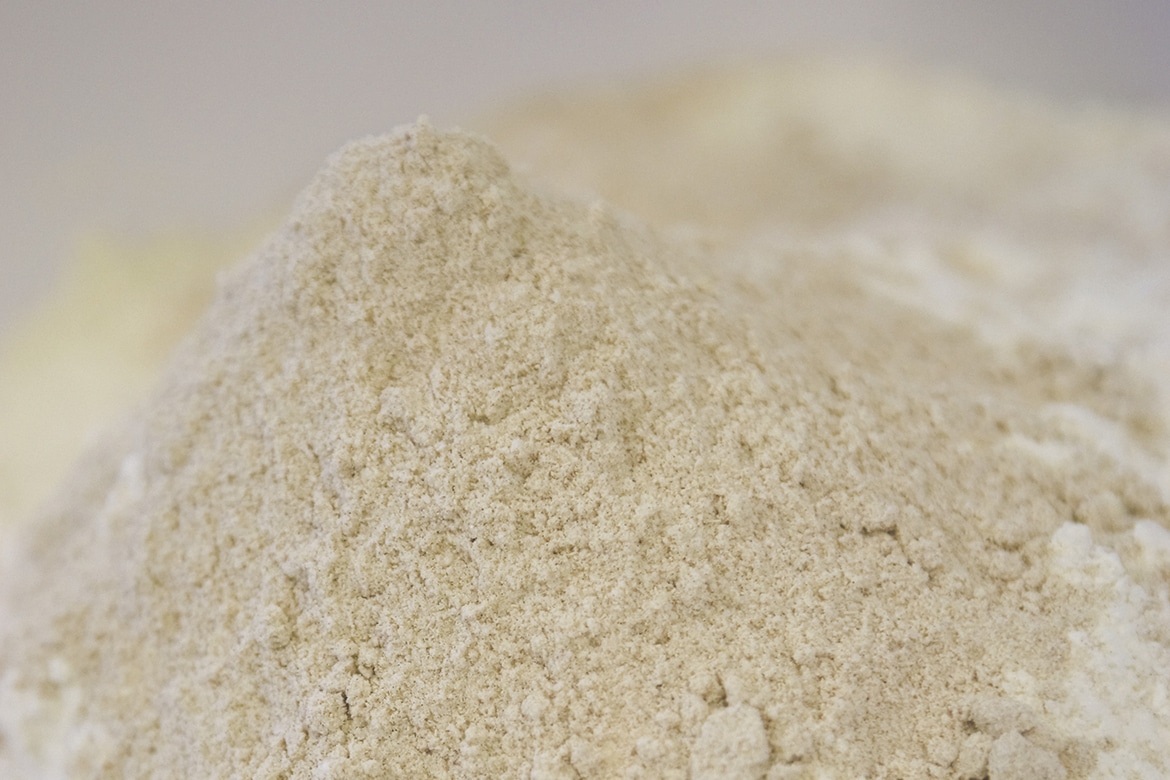 Posted at 10:43h in News Posts by Hamilton Martyn 0 Comments
Amylases, proteases, lipases, xylanases to name only the most well-known … enzymes allow the full potential of ingredients used in bread-making to be developed, via their role as a catalyst for biochemical reactions.
Universal catalysts for biochemical reactions that operate in the living world, enzymes make it possible to meet technological needs in many sectors of the food industry, particularly in breadmaking. Their highly controlled manufacturing processes as well as their rigorous regulatory framework guarantee their efficiency and safety.

Enzymes are proteins from the living world. They are essential to life, as they govern the biochemical reactions that take place in the heart of cells. Plants, animals, bacteria, fungi … enzymes coexist in all living kingdoms. In humans, for example, enzymes play a major role during digestion, by cutting compounds from our food to make them assimilable by the body. In calves, certain enzymes cause coagulation of ingested cow’s milk, which allows digestion by the young animal; these same enzymes, called rennet, are used to curdle milk when making cheese.

There is a very wide variety of enzymes, each acting on a specific substrate during a specific biochemical reaction. It is customary to designate an enzyme by the name of its substrate, to which the suffix “ase” is added. There is talk of amylase, protease, lipase, etc . The specificity of action of an enzyme on a given substrate is due to its unique spatial configuration. As with all proteins, this three-dimensional structure appears to be sensitive to the physicochemical conditions of the medium, and in particular to heat. When baking bread, the temperature of the crumb gradually increases, and enzyme producers consider that in conventional breadmaking schemes, enzymes are inactive after baking.

The natural properties of the enzymes of the living world are used for technological purposes in many fields, such as the food industry, but also the textile industry or that of detergents … Depending on the type of outlet, the enzymes used present specific functionalities and appropriate purity criteria. The assessment and authorization procedures required differ depending on the industrial sector targeted, that of the food industry being one of the most stringent in this area.

Origins of enzymes in breadmaking

The enzymes used in breadmaking have several origins. Some of them are naturally present in cereal grains (we speak of endogenous enzymes). The wheat grain contains, for example, enzymes necessary for its germination, such as amylases: they make it possible to cut the chains of glucose which compose the starch (energy reserve of the seed) in simple sugars used by the cells to multiply and form the new seedling. These enzymes naturally present in the grain are found in the flours. During bread-making, they transform the starch into fermentable sugars which will be available to the yeasts and will allow them to produce the CO 2 necessary for the dough to rise.

However, the levels of endogenous enzymes in flour are variable and sometimes insufficient to support the metabolic activity of the yeasts. This is why bakers use exogenous enzymes. These can come from animal or plant organisms. This is for example the case of diastatic malt, obtained from germinated grains which are the site of important enzymatic activities. They can also be produced by microorganisms remarkably well equipped with enzymatic material in the living world: molds (filamentous fungi) or bacteria. These microorganisms allow an abundant and rapid production of an arsenal of diverse enzymes.

Enzymes are not GMOs

To produce the enzymes used in breadmaking in significant quantities, manufacturers thus carry out fermentations aimed at multiplying the enzymes from a selection of microorganisms and from a given substrate. The microorganisms used are obtained by different methods – collection, hybridization, mutagenesis, or genetic engineering – and then selected for their ability to produce the desired enzyme. The enzymes thus obtained are then extracted, purified and standardized. They therefore contain no trace of the genetic material of the microorganisms that produced them. Moreover, in terms of labeling at European level, enzymes are named on the basis of their activity and without reference to the micro-organism that produced them.

Safety, a sine qua non for the use of enzymes in breadmaking

Authorities in many countries have established strict assessment procedures before authorizing the use of an enzyme in the food industry. Enzyme manufacturers must therefore submit dossiers in order to demonstrate that this use meets a technological need and that the enzyme in question does not present a health risk for the consumer. Each enzyme is therefore the subject of toxicological tests and its real interest as well as consumer exposure are evaluated.