What is the adventure of the pizza across the globe?

Home > News Posts  > What is the adventure of the pizza across the globe? 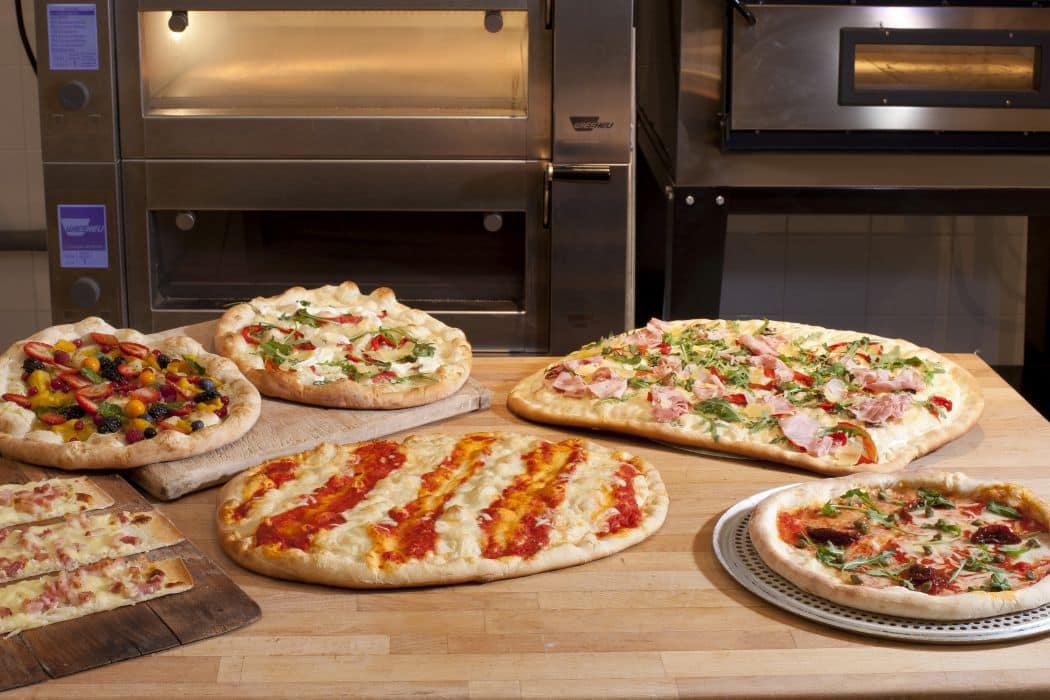 08 Nov What is the adventure of the pizza across the globe?

Posted at 10:02h in News Posts by Hamilton Martyn 0 Comments
Since the 19th century, the pizza has witnessed the development of a plethora of toppings to adapt to all markets, while retaining its Italianness. After conquering Europe and North America, where billions of tonnes are consumed, it has now arrived in Asia and Africa. The pizza is symbolic of a food that knows no borders.
Just like the fougasse in Provence, pizza belongs to the ‘flat’ bread family found on Mediterranean shores. In Naples, where it was invented during the 16th century, it originally took the form of a round base coated in lard, baked in a wood-fired oven and served as a snack for the bakery employees. The very first pizza was therefore simply a form of white bread. It was only during the 18th century, when tomatoes imported from the Americas were no longer considered toxic, that Neapolitan bakers covered it in the ubiquitous red sauce.

It was not until 1889 that the most popular pizza came into being. Likewise, in Naples, a pizza chef one day paid tribute to Queen Margherita, who was passing through the town at the time, by combining the red tomato topping with the green basil and white mozzarella to represent the colours of the Italian flag. Since then, the pizza has continued to witness a variety of toppings, including even sweet versions, to adapt to all tastes. It can be served as a starter, a snack or as a main meal, in virtually every country around the world.

The statistics speak for themselves. In 2013, the number of pizzas eaten every year around the world was estimated at over 30 billion! With 13 kg/year/person, the United States is the biggest consumer. By 2020, sales of pizzas are expected reach 6.371 billion dollars.

A “mass-market” product » adapted to all changes

The size of the pizza market in North America and Europe is widely acknowledged. Without wishing to dwell too long on the statistics, we should point out that in France, the pizza is consumed at a rate of 8 kg/year/inhabitant, in Italy 5 kg and in Germany 4 kg. The pizza is indeed the reference “mass-market” product.

Today, the Asian and African markets are posting the best growth prospects. We may already note, in effect, a change in dietary patterns in some of these countries. Not only because consumption patterns are becoming more westernised, but also because purchasing power is rising among the middle classes.
This is the context against which the pizza has been adapting to local flavours, notably through new recipes and toppings. In India, for example, pizzas have been livened up with certain spices or adapted to suit the vegetarian diet. Meanwhile, in South Africa, the pizza now caters perfectly to consumer tastes thanks to the first pizza chefs who came up with the idea of garnishing it with boerewors (traditional beef sausage).

And although buying motives are forever changing and evolving, Lesaffre is also adapting. It is now able to respond to any demand with a product offering that can satisfy nutritional criteria or even the desire to go back to more authentic values.